MCST has completed initial research of carbon pricing options under the IMO GHG emissions reduction Roadmap to provide guidance to Pacific high ambition delegations participating in these negotiations.  This is the first such analysis undertaken through a Pacific lens. 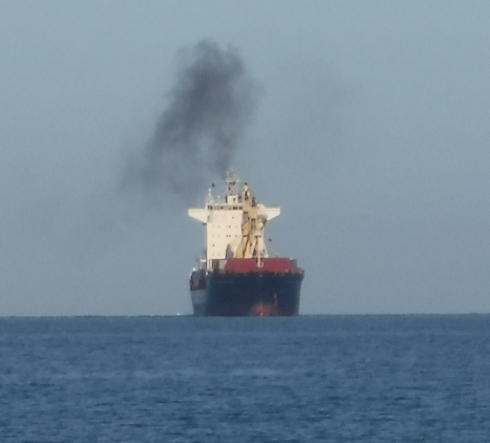 Putting a price on shipping carbon emission is likely one of the most effective and contentious matters for IMO to now negotiate.  There is lot at stake for Pacific States. Shipping emissions continue to grow and trend upwards.  A 1.5oC agenda requires them to plateau now and sharply decline to zero before 2050.  An ambitious carbon tax or levy can assist by a. reducing the price differential between fossil fuel and non-carbon alternatives, subsidizing in sector research and development (including specific research targeting the shipping needs of SIDS and LDCs), and b. providing compensation to the climate vulnerable from a punitive tax on the GHG pollution shipping causes.

The research recommends implementing an immediate levy of $250/tonne of fuel oil on all ship bunker, reviewed upward every 5 years.  Such a tax could generate more than $60 billion p.a. with the majority for compensation via direct ship contributions to the Green Climate Fund and a lesser amount administered under IMO auspices for subsiding research, development and deployment of new technologies and fuel across the shipping sector.

Market based measures and more specifically a tax on shipping Greenhouse Gas pollution from shipping has yet to be negotiated under the IMO Initial Strategy. This complex issue has previously not been considered through the lens of Pacific high ambition States or other climate most vulnerable nations. Available literature and expert opinion was canvassed and the international principles under which a decision to adopt a tax or not by IMO are discussed.  The paper recommends Pacific delegations consider a measure where IMO adopts an immediate tax or levy under the principle of polluter pays with an initial entry price of $250/tonne fuel oil bunkered, with an upwards ratchet at five-yearly review intervals. Dispersement of the revenues generated is likely a highly contentious issue to be debated and it is recommended here that the majority revenue be allocated as compensation for loss and damage to the climate most vulnerable states and a minority to subside research, development and deployment in-sector.  The impact of such a measure on Pacific island countries is discussed and a framework for considering any disproportionate impact on them proposed. There are deep equity and representation issues for Pacific SIDS, and most other climate vulnerable states, in the decision-making processes of IMO and our research indicates that such states will be disadvantaged and poorly represented in the forthcoming negotiations on financial instruments at IMO.